This document provides a summary of new and changed product features and includes notes about features and problems not described in the product documentation.

Please see the licenses included in the distribution as well as the Disclaimer and Legal Information section of these release notes for details. Please see the following links for information on this release of the Intel® Fortran Compiler 19.0.

This section highlights important changes from the previous product version and changes in product updates.

This is release for Intel® Compilers 2019 Update 8, compilers version 19.0.8. Highlights for this release:

How to install the Intel® Fortran Compiler

Installation instructions are shipped with all Intel® Software Development Products as part of the documentation.

Note that user should have an administrative authorities to install Intel® Fortran Compiler on macOS*.

How to use the Intel® Fortran Compiler

Product documentation is linked from <install-dir>/documentation_2019/en/compiler_f/ps2019/get_started_mf.htm.

Refer to the Redistributable Libraries for Intel® Parallel Studio XE for more information.

If you did not register your compiler during installation, please do so at the Intel® Software Development Products Registration Center. Registration entitles you to free technical support, product updates and upgrades for the duration of the support term.

For information about how to find Technical Support, Product Updates, User Forums, FAQs, tips and tricks, and other support information, please visit: http://www.intel.com/software/products/support/

Note: If your distributor provides technical support for this product, please contact them for support rather than Intel.

In general, object code and modules compiled with earlier versions of Intel Fortran Compiler for Linux* (8.0 and later) may be used in a build with version 19.0. Exceptions include:

In versions prior to 12.0, when a REAL(16) or COMPLEX(16) (REAL*16 or COMPLEX*32) item was passed by value, the stack address was aligned at 4 bytes. For improved performance, the version 12 and later compilers align such items at 16 bytes and expects received arguments to be aligned on 16-byte boundaries. This change is also compatible with gcc.

This change primarily affects compiler-generated calls to library routines that do computations on REAL(16) values, including intrinsics. If you have code compiled with earlier versions and link it with the version 12 libraries, or have an application linked to the shared version of the Intel run-time libraries, it may give incorrect results.

In order to avoid errors, you must recompile all Fortran sources that use the REAL(16) and COMPLEX(16) datatypes if they were compiled by compiler versions earlier than 12.0. 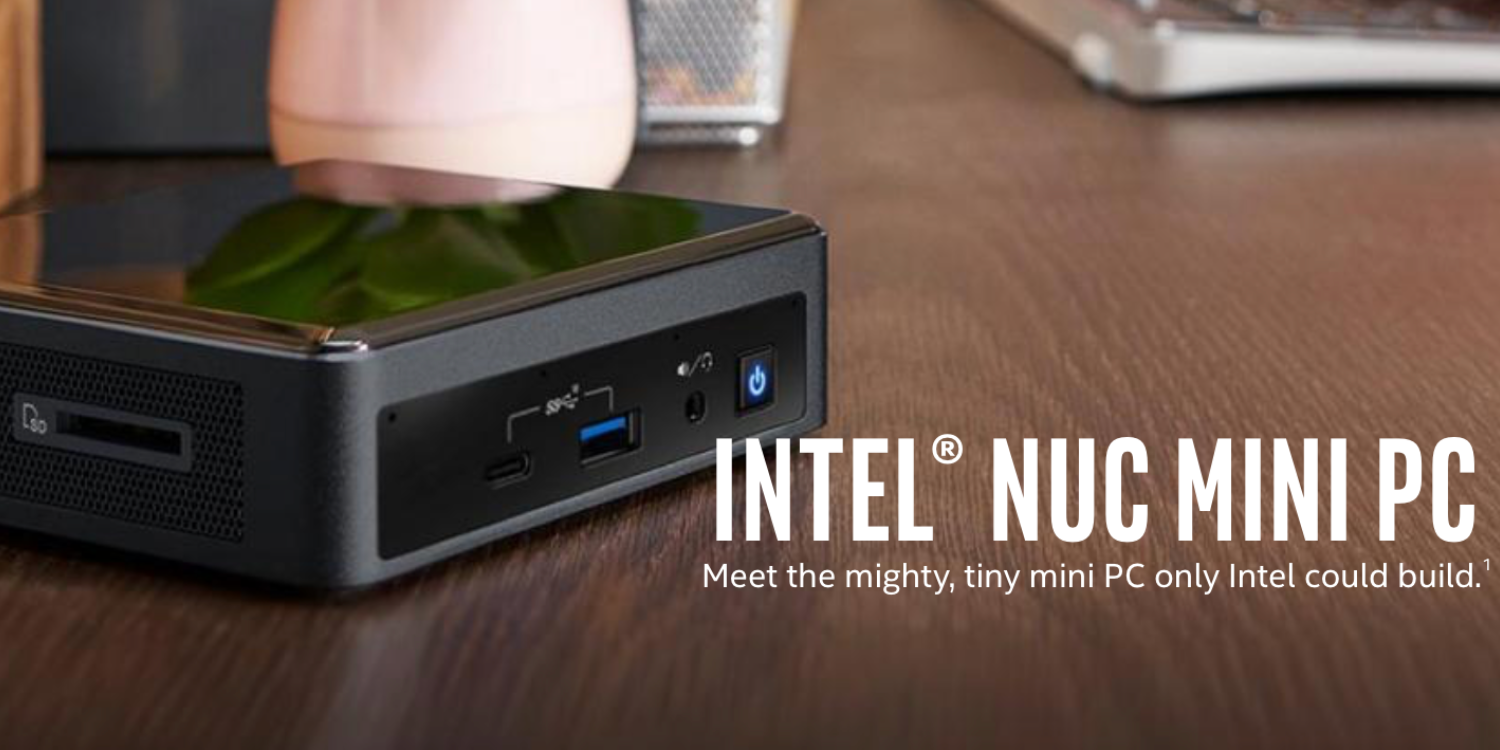 The Intel® Fortran Compiler supports all features from the Fortran 2008 standard.

The Intel® Software License Manager has been updated to version 2.9 for this release. You must upgrade to this version before installing Intel Parallel Studio XE 2019 Update 4 and newer updates with a floating license. Please refer for more details:

For more information, see the compiler documentation or the link to the OpenMP* Specification above.

Please refer to the compiler documentation for details

For a list of deprecated compiler options, see the Compiler Options section of the documentation.

Note that these options don't affect auto-vectorization of loops. Please refer to the compiler documentation for more details.

-qopenmp-simd is on by default

-qopenmp-simd option enables OpenMP* SIMD compilation. It is set by default now. In order to disable it please use -qno-openmp-simd- option explicitly.

These switches tell the compiler to produce errors or warnings when shapes of arrays do not match on assignments. This check is done for assignments only (and implicit assignments resulting from an allocate with source= syntax).

This option is supported in versions 19.0 update 8 of the compiler and above. The details about this option can be found in the Intel® Fortran Compiler 19.1 Developer Guide and Reference. To find more information, see https://www.intel.com/content/dam/support/us/en/documents/processors/mitigations-jump-conditional-code-erratum.pdf

Integration with Xcode is deprecated in the 19.0 compiler and will be removed in a future compiler release.

32-bit applications are no longer supported

Starting with the 19.0 release of the Intel® Fortran Compiler, macOS 32-bit applications are no longer supported.
If you want to compile 32-bit applications, you should use an earlier version of the compiler and Xcode* 9.4 or earlier.

Beginning with Xcode* 6.3.2, the IDE integration for Intel® Parallel Studio XE does not complete installation until the next time Xcode is started after completing the product installation. When Xcode* is started, you will see a dialog.

The dialog is titled “Unexpected code bundles”, and mentions that Xcode found one or more code bundles not provided by Apple. It then has two buttons, one to “Load Bundles” and one to “Skip Bundles”. “Load Bundles” is required to be clicked to complete the Intel Parallel Studio XE IDE integration. Clicking “Skip Bundles” will cause the Intel tools to not be selectable in Xcode*.

Error 'no rule to process file' within Xcode* 10

macOS*’s new XCode 10 comes with a new build system and it is configured as the default. Currently, the Intel Fortran Compiler does not support it. You will see the error 'no rule to process file' when building an Intel Fortran Compiler project within XCode 10. Please switch to “Legacy Build System” in Project Settings to build your Fortran project in Xcode 10.

INFORMATION IN THIS DOCUMENT IS PROVIDED IN CONNECTION WITH INTEL(R) PRODUCTS. NO LICENSE, EXPRESS OR IMPLIED, BY ESTOPPEL OR OTHERWISE, TO ANY INTELLECTUAL PROPERTY RIGHTS IS GRANTED BY THIS DOCUMENT. EXCEPT AS PROVIDED IN INTEL'S TERMS AND CONDITIONS OF SALE FOR SUCH PRODUCTS, INTEL ASSUMES NO LIABILITY WHATSOEVER, AND INTEL DISCLAIMS ANY EXPRESS OR IMPLIED WARRANTY, RELATING TO SALE AND/OR USE OF INTEL PRODUCTS INCLUDING LIABILITY OR WARRANTIES RELATING TO FITNESS FOR A PARTICULAR PURPOSE, MERCHANTABILITY, OR INFRINGEMENT OF ANY PATENT, COPYRIGHT OR OTHER INTELLECTUAL PROPERTY RIGHT. UNLESS OTHERWISE AGREED IN WRITING BY INTEL, THE INTEL PRODUCTS ARE NOT DESIGNED NOR INTENDED FOR ANY APPLICATION IN WHICH THE FAILURE OF THE INTEL PRODUCT COULD CREATE A SITUATION WHERE PERSONAL INJURY OR DEATH MAY OCCUR.

Intel may make changes to specifications and product descriptions at any time, without notice. Designers must not rely on the absence or characteristics of any features or instructions marked 'reserved' or 'undefined.' Intel reserves these for future definition and shall have no responsibility whatsoever for conflicts or incompatibilities arising from future changes to them. The information here is subject to change without notice. Do not finalize a design with this information.

The products described in this document may contain design defects or errors known as errata which may cause the product to deviate from published specifications. Current characterized errata are available on request.

Contact your local Intel sales office or your distributor to obtain the latest specifications and before placing your product order.

Copies of documents which have an order number and are referenced in this document, or other Intel literature, may be obtained by calling 1-800-548-4725, or go to: http://www.intel.com/design/literature.htm

Please consult the licenses included in the distribution for details.

Intel, the Intel logo, the Intel Inside logo, Xeon are trademarks of Intel Corporation or its subsidiaries in the U.S. and/or other countries.

* Other names and brands may be claimed as the property of others.

Coments are closed
Office 365 Excel For Mac3d Players For Mac