When It comes about gaming, mac is not a very famous name among gamers, As Windows PCs are used to be way more efficient and powerful and suitable for the better gaming experience.

Even before Mac didn’t use to have many good games whereas for windows pc gamers every major publisher released the game for the windows operating system. Now, the Situation is not the same as before these days many good and popular games are available for mac users and many of them are free as well.

That’s why today we have compiled a list Best Mac Games for Mac users that are free as well.

Counter-Strike is a very popular name among gamers, launched 20 years ago since it hit the market, it became a popular game name. Counter-Strike: GO is a free, first shooter team-based action game.

The game has two teams one is of terrorists and the other is of Counter-Terrorist; Terrorists have to go to the Counterterrorist area and blow it by planting a bomb there. Whereas Counter-terrorist has to stop and kill the terrorists and protect the area from planting the bomb.

You can play Counter-Strike solely with a Computer player, online on via LAN with Family and friends and You can play with online players as well as the game has more than 20 million monthly active users.

Fortnite is a massively popular Free to Play, Battle Royale game, a flying bus takes you in a flying bus to in the middle of a giant map with other 99 players, where you all have to compete with each other, to be last standing person to be a winner.

The Fortnite game has three different modes which are ‘Save the World’, ‘Battle Royale’ & ‘Fortnite Creative’. All three modes are interesting but I liked the Fornite Creative mode as it gives access to players to create their battle arenas and their world to play.

Availability: Fortnite is available for Mac, Windows, iPhone, Android, Xbox One and Playstation 4

Note: Mac computers must be required to support Metal API if you are not sure if you machine support metal API or not you can check here, and Fortnite is no longer supporting Nvidia cards on Mac.

The most Popular names among Action and First Person Shooter, free to play the game are Team Fortress 2. The game has cartoon-like visuals and players can join one of the team, Red or Blu, and select one of the characters out of 9 classes of character to battle.

The game has two different game modes as well; Capture the Flag & King of the Hill. The game has got critical acclaim and recognization for its art direction, gameplay, humor, and use of the character in this multiplayer-only game. 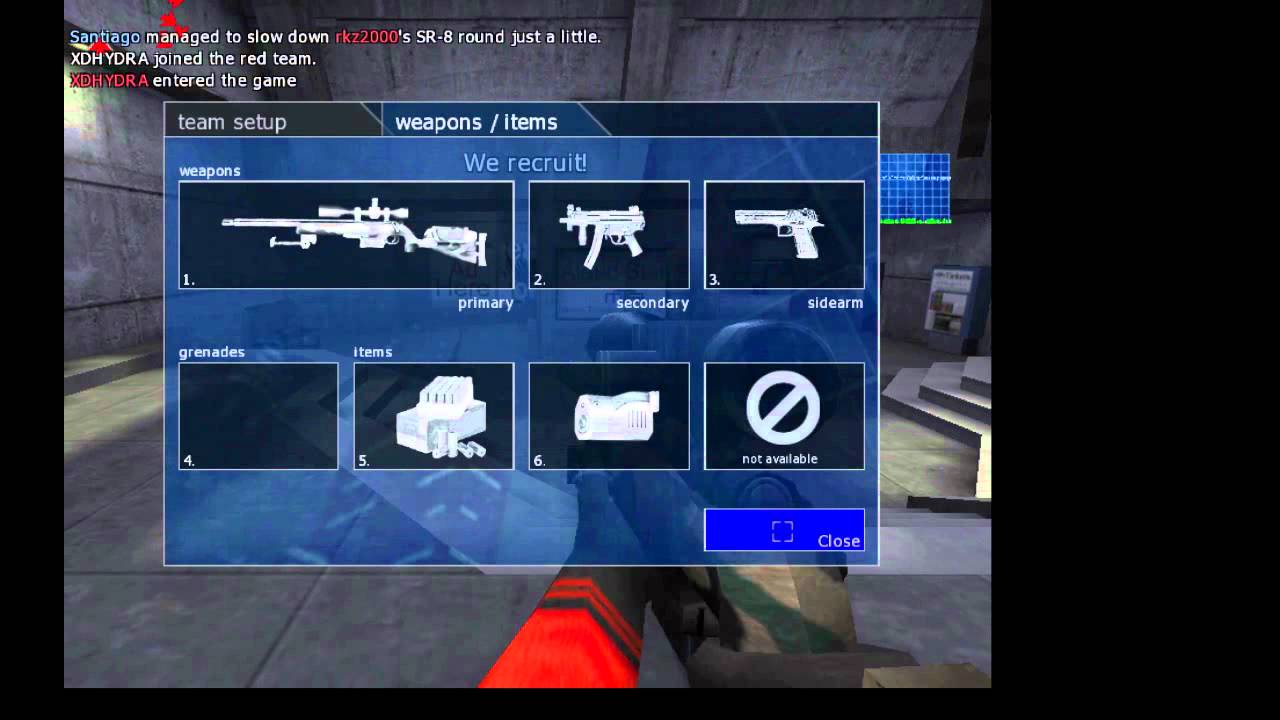 Alien Isolation is a survival horror, stealth, and action game, Awarded for BAFTA Awards for Best Audio Achievements. Not just the Audio but Visually also this game is striking.

In the Game, you have to survive from aliens, and they are going to hunt you down by using their senses which gives you a dynamic experience of persistent fear. There are many things you can improvise to survive in the game such as hacking the systems, craft items to deal with the coming situation, and look for vital resources.

Sniper OPS is one of the best 3D shooting, free to play the game, Not any Shooting Game is FPS and war game that’s addictive as well. Sniper OPS has more than 200 levels to play, and the best part is being an offline game; so, you don’t require the internet to play this game.

You can choose weapons including sniper guns and rifles of your own choice, Complete the mission levels by hunting and killing terrorists. You need to help the Army and Police to clean their territory by killing enemies.

Another game on our list is Paladins, a free to play, shooting game, instantly became popular as this game has a blend of the modern world with a magical element. The game has both kinds of weapons including advanced modern and supernatural weapons.

Paladins let users customize your characters in a variety of ways as it includes deck-building elements as well. Without a doubt, Paladins is an action-packed, best free shooter game for Mac that is extremely fun to play and addictive.

Day of Infamy is a strategic tactic team-based multiplayer, a first-person shooter video game. The game is featuring a very realstic combat of World War II across the battlefields of Western Europe.

You have to destroy enemies and their equipment, secure positions, assassinate enemy officers, and you need to move forward by working with your teammate. The game features grenade launchers, sling, cloth wraps, extended magazine, customize weapons with bayonets, also. If you are love to face challenges in a game, then it’s for you you would not be disappointed.

Deus Ex is Cyberpunk augmented action, Role Playing Game ( RPG Game ), Game is moving in Futuristic Prague city where you are playing the role of Jensen.

In the Game, you can evolve and upgrade Jensen’s abilities by earning and gaining experience points. To gain Experience Points, you have to complete various missions and tasks; both critical-path tasks and involved side tasks.

Overload is a First-person shooter 3D video game, features awesome graphics, intense action, and the ultimate effect of the zero-gravity shooter. The game has more than 12 + Challenge modes include countdown and infinite; Focus on survival or efficiency changes according to mode.

Overload can be played solely, and multiplayer (with LAN as well) and supports VR also. You’ll have to destroy robots, rescue the survivors, and reach to destination before the whole thing will blast off.

One of the Most addictive and coolest game is Superhot, an independent first-person (FPS) game. It is the most innovative and minimalistic game. as there is no health regeneration, story or ammo drops the only neck to neck gameplay.

Even in Superhot Time only moves when you do, which gives you time to create and implement your survival technique to live. You’ll see many times Bullet-time from matrix movie kind of animation with minimal graphic, but kudos for innovation and stylish yet minimal graphics which make it easier to play this game on any mac device.

Player Unknowns Battle Ground aka PUBG is the most played game from the last few years. PUBG is a first-person shooter, a battleground action game, in which the last player standing wins by eliminating the other 99 players.

As in PUBG 100 online player participate to play a match, the game also allows you to play is solely, or make a team of 2 or 4 then last standing person or squad will be the winner. The game has a huge map, many kinds of weapons and grenades, vehicles such as cars and bikes also. The Player has to Find and equip weapons to kill other players to win.

Gamers have to search for the equipment and weapons and kill all other players last standing player will be the winner.

Note: PUBG is a massive hit game but they are still not officially launched for Linux and Mac OS, as the company claimed there are not enough players for these OS.

To Play PUBG on Mac, You need to either install Windows on Mac using BootCamp or Wine; OR You can Install Android Emulator like Bluestack or any other alternative.

All of the games, that we mentioned above in the post are the best games in the First-person Shooting genre, But I personally liked the two games the most i.e. Superhot and Alien Isolation.

Superhot we like for its simply innovative which they merged with stylish minimal characters and Alien Isolation for its Striking graphics and fearful storyline and experience.

Direct – Client from Paragon-Servers (French)(Mac) WoW Wrath of the Lich King Client. Here are some background as to why a Client is necessary. Wrath of The Lich King was originally created by Blizzard. As of today, fans of the Wotlk expansion seek to alternatives, in order to continue playing the expansion. Lich king free download - World of Warcraft: Wrath of the Lich King Incremental patch, Brgerpark Lich, Ev.Msg. Lich, and many more programs. TUTORIAL - Download the game client - Start the game client using WoW.exe, not Launcher.exe - Log in using your Warmane account name, not email address. Shop World of Warcraft: Wrath of the Lich King Mac/Windows at Best Buy. Find low everyday prices and buy online for delivery or in-store pick-up. Price Match Guarantee. Lich king for mac.

Tell us what game you like the most and what else you were expecting to see on this list.

So you have a Mac. You’re a fancy person. You’re the envy of everyone in your introduction to Russian history class. But did you know that your Apple computer is probably capable of running first-person shooters? Ones that are actually good?

If you’re willing to risk your GPA, let us bring you into the surprisingly rich world of FPS games available for Mac. Speaking of history, by the way, Bungie – the developers of a couple little games called Halo and Destiny – got their start with an FPS series for Mac called Marathon.

But there are plenty of great, modern shooters available for Mac. Here are our picks for the top ten.

Coments are closed
Tuxera For Mac TorrentSun Times For Mac