Apple has officially released its latest operating system, OS X Mavericks for free. Mac users can install it immediately. Here's what you need to know and how to get it.

Mavericks is version 10.9 of Apple OS X (read our full review of Mavericks for more details). At first glance, it closely resembles the previous version, Mountain Lion, but comes with hundreds of small improvements that add up to a significantly upgraded operating system.

For example, you can now reply to an iMessage right from the notification of a new incoming message, rather than open up the iMessage app. Safari has similar improvements—new functions and features that let you stay in your current window while getting relevant information or related tasks done. More importantly for laptop users, Mavericks contains a number of improvements that extend battery life and improve memory. It's impressive to see these kinds of improvements at the software level.

Is Your Mac Compatible?

In a nutshell, your Mac is likely compatible if you are running Snow Leopard (OS X 10.6 ) or later. Here's Apple's list of compatible machines:

From Snow Leopard, Lion, and Mountain Lion, you'll be able to upgrade to Mavericks in one click—no stepped upgrading required.

If you have an iMac or MacBook Pro from 2007 or later, you should be fine, although people with older machines may want to first clean up and optimize their machines slightly, especially if they've become sluggish over the years. I recommend running a cleanup utility, such as CCleaner, which is free and what I use at home. You might also verify or repair the disk (Applications > Utilities > Disk Utilities). And finally, though this may seem like rudimentary advice, transfer huge files (videos, very large photos and PDFs) to an external hard drive or another place to get them off your Mac.

Before you install a whole new operating system, take a few minutes to prepare so that your update will go smoothly. 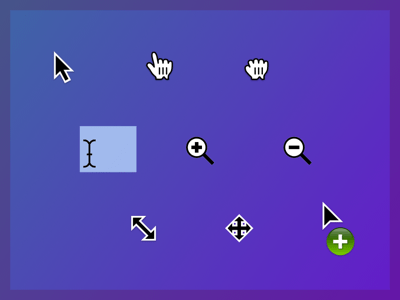 Save, Quit, Backup. Save any work you have open, and then quit the applications you were using. Backup your data. Please. Really? Okay, if I can't convince you to back up your entire machine, how about just backing up your most important data?

Update (or Remove) Apps.Check for app updates, and run the ones you need except Mavericks for now. These updates will appear in the Mac App Store. Even better, if you see any programs in the updates list that you don't use any more, uninstall them. It's more efficient to do a little clean up before you install the new OS than after.

Go back to the App Store icon, and now install Mavericks. Don't futz around with your machine while it's updating. On the first day of release, it will probably take more time to update the operating system than if you wait a day, due to the crush of other users trying to update, too.

These advanced steps are primarily for system administrators and others who are familiar with the command line. You don't need a bootable installer to upgrade macOS or reinstall macOS, but it can be useful when you want to install on multiple computers without downloading the installer each time.

Find the appropriate download link in the upgrade instructions for each macOS version:

macOS Catalina, macOS Mojave, ormacOS High Sierra
Installers for each of these macOS versions download directly to your Applications folder as an app named Install macOS Catalina, Install macOS Mojave, or Install macOS High Sierra. If the installer opens after downloading, quit it without continuing installation. Important: To get the correct installer, download from a Mac that is using macOS Sierra 10.12.5 or later, or El Capitan 10.11.6. Enterprise administrators, please download from Apple, not a locally hosted software-update server.

Use the 'createinstallmedia' command in Terminal

* If your Mac is using macOS Sierra or earlier, include the --applicationpath argument, similar to the way this argument is used in the command for El Capitan.

Use the bootable installer

After creating the bootable installer, follow these steps to use it:

For more information about the createinstallmedia command and the arguments that you can use with it, make sure that the macOS installer is in your Applications folder, then enter this path in Terminal: